Hon. Christopher P. Yates was appointed to the Kent County Circuit Court in 2008, and has served in both the Criminal/Civil Division and the Family Division. He was assigned to run the court’s specialized business docket in 2012. Prior to his judgeship, he served as a law clerk to Chief Judge James P. Churchill of the U.S. District Court for the Eastern District of Michigan and to Hon. Ralph B. Guy, Jr., of the U.S. Court of Appeals for the Sixth Circuit. Judge Yates also has worked as a federal prosecutor in Detroit, as an attorney-advisor in the Office of Legal Counsel at the U.S. Department of Justice in Washington, DC, as chief federal public defender for the Western District of Michigan, and as a partner in two private law firms. 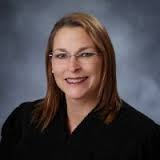 The Honorable Michelle Rick was appointed to the bench in 2007. Prior to that, Judge Rick
worked briefly in private practice before becoming a public employee. Her public service career
began when she became an assistant prosecutor in Livingston County, followed by service to
the State of Michigan as an assistant attorney general and then as deputy legal counsel to
Governor Granholm.

Judge Rick teaches Access to Justice at Detroit Mercy Law School. Judge Rick has previously
served as an adjunct law professor at MSU Law and Cooley Law Schools. Judge Rick is a
frequent guest speaker and lecturer at various statewide and local law-related events. In
January 2019, the Michigan Supreme Court recognized Judge Rick as a judge who gives back
and makes a difference.  Judge Rick is a Michigan State Bar Foundation Fellow and an American Bar Foundation
Fellow. Judge Rick is married to her college sweetheart, Matthew, and they have 4 children. 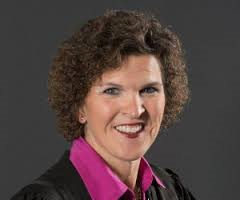 Judge Charles LaSata is a life-long resident of Berrien County. He received his Bachelor’s degree from Kalamazoo College in Kalamazoo, Michigan and his Juris Doctor degree from The Catholic University of America in Washington D.C.

Judge LaSata was elected to the Circuit Court Bench in 2004. He currently serves in the Criminal Division of the Berrien County Trial Court. He is a former partner / shareholder in LaSata Law Office in Niles, and Bittner, Hyrns, LaSata, Reimland & Daly P.C. of Saint Joseph.

He also represented the state of Michigan on several boards; served on the Civil Justice Task Force with the National Conference of State Legislators, and the Civil Justice Task Force for the American Legislative Exchange Council. Judge LaSata also served as a Saint Joseph City Commissioner for four years and Mayor of the City of Saint Joseph for four years prior to entering the legislature. 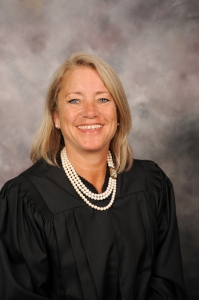 Hon. Janice K. Cunningham was elected to the court in 2013 after more than 25 years in private practice, where she specialized in family law. She is the current Chief Judge of the Eaton County Courts system. Judge Cunningham hears civil, criminal, and family law cases. In addition to her normal caseload, Judge Cunningham also presides over the Adult Circuit Drug Court and Veterans Treatment Court. She is also the judicial volunteer for the SMILE program. In 2018, Judge Cunningham was awarded the Marilyn J. Kelly Award for outstanding service to family law and in 2019, she was selected as the Lawyer of the Year by “Michigan Lawyers Weekly.” Judge Cunningham was an adjunct professor of family law at WMU Cooley Law School for more than 20 years, receiving the Outstanding Adjunct Faculty Award in 2009 and Distinguished Alumni Service Award in 2019. Judge Cunningham serves on the executive board for the Michigan Judges Association, where she cochairs the Family Law Committee, and is a frequent lecturer for ICLE, the State Bar of Michigan’s Family Law Section, and the Michigan Judicial Institute.